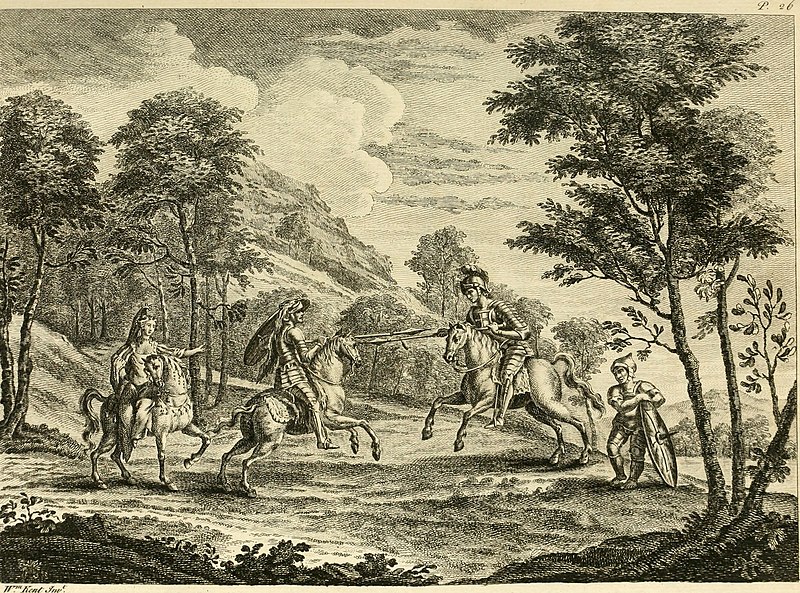 It would be foolish to be complacent about these questions. The Renaissance, as a potent cultural myth, can easily be put to dubious political purposes, potentially authorising an elitist and Eurocentric vision of the past. (As a brief but alarming internet trawl quickly showed me, the word ‘Renaissance’ also seems to exert a certain fascination for white supremacists, although I doubt that they’re thinking of Erasmus or Montaigne.) That makes it all the more important that historians and literary scholars offer a nuanced picture of that past, one that doesn’t – for example – elide the presence of people of colour in early modern Britain. Texts such as David Olusoga’s Black and British: A Forgotten History, or Miranda Kaufmann’s Black Tudors, which focuses on the lives of ten people of African descent in early modern England, offer a corrective to historical whitewashing; so does Imtiaz Habib’s Black Lives in the English Archives, 1500-1677, which includes an array of sources testifying to the presence of black people in London and beyond. (You can currently access his essay, ‘The Resonables of Boroughside, Southwark: An Elizabethan Black Family Near the Rose Theatre’ for free at http://explore.tandfonline.com/content/ah/rshk-shakespeare-and-race. Full disclosure: I am an editor of the journal in which it appeared.)

Literature scholars face a different situation from historians, of course: the absence of black authors from the literary corpus for our period of specialism. However, it remains the case that Africans, Asians, and inhabitants of the New World are a widespread presence in the texts we study, albeit – and it’s a big albeit – voiced, troped, and represented by white people. Some examples of this are obvious: Othello, of course, or Aaron in Titus Andronicus. Others are less so. Here are some ways in which non-Europeans figure in texts taught on the second-year Renaissance Literature module:

Moments like these can cause problems for lecturers like me. Firstly, how do we – should we? – integrate into our teaching of other topics (genre, narration, history, subjectivity, gender) references that can be marginal and fleeting? Secondly, how can we do so responsibly, given the way they articulate offensive views of race, religion and sexuality that continue to influence discourse in 2017?

As my students will testify, I don’t think I’m anywhere near a satisfactory response to those questions. In the context of this blog, though, I think the instances above offer grounds for comment. Sidney’s poems are a reminder that in the 1580s the Ottoman Empire was England’s military superior: there may be phobia, but there is not condescension in Astrophil’s references to it. Spenser’s stanzas may leave us asking: what does it mean for Duessa, who allegorically figures the Pope and the Catholic Church, to be the lover of a Muslim? How are attitudes that we would consider Islamophobic shaped by the anti-Catholicism that pervades The Faerie Queene? Volpone’s alleged sexual history, however dismissive of black women as the objects of his drunken lust, also testifies to the cosmopolitanism of seventeenth-century Venice – and, by extension, of seventeenth-century London, for which it stands as a surrogate. And Wroth’s unthinking characterisation of blackness as not beautiful demands that we review the valorisation of whiteness in so much of Renaissance poetry, whether in Stella’s alabaster skin or Leander’s neck, which ‘surpassed / The white of Pelops’ shoulder’.

None of this is to mitigate the racist assumptions that underlie textual moments like those I’ve identified. But focusing on them does two things. Firstly, it asserts the textual presence of people of colour in Renaissance literature, just as the work of Habib and others asserts their presence in early modern Britain. And secondly, it helps us see how preconceptions about race (and, in the cases of Spenser and Sidney, about Islam and the Ottoman empire), shaped the way early modern people thought about politics, about religion, about sexuality, and about beauty.

The above is a reflection on my experience of teaching Renaissance literature at the University of Sheffield; I am very far from being an expert in the specific topic of race in Renaissance studies. For those seeking expertise, here is some suggested reading:

You might also be interested in the ‘reading list of scholarship by people of colour on slavery and colonialism, c.1500-1750’ put together by Brodie Waddell of Birkbeck: https://manyheadedmonster.wordpress.com/2017/07/25/a-reading-list-of-scholarship-by-people-of-colour-on-slavery-and-colonialism-c-1500-1750/