For convenience more than accuracy Heaney will be remembered as the presumed heir to that other great Irish poet and Nobel Prize-winner, W. B. Yeats. Rich where Yeats was sparse, tentative where Yeats was ecstatic, anecdotal where Yeats was rhetorical—Heaney had a uniquely gentle and humane voice quite unlike his predecessor. Yet it remains that, whether poetry or prose, some of Heaney’s greatest writing is a reading of Yeats. 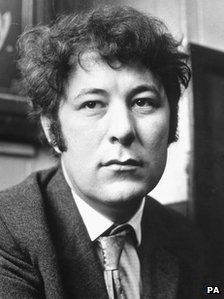 In his introduction to Poet to Poet, Heaney declared that Yeats had created ‘a heroic role for the poet in the modern world’, a comment which says more about reading Yeats under the condition of ‘consumer capitalism’ (as the essay concludes) than it tells of Heaney’s own thoughts on the ambivalent role of art in the modern world. One of his most memorable poems ‘Casualty’ reimagines one of Yeats’s most enduring visionary figures—the fisherman—no longer ‘Cold and passionate as the dawn’, but now the ‘Dawn-sniffing’ working man who orders another rum and blackcurrant ‘without raising his voice’. In Yeats’s poem ‘The Fisherman’ we are told this ‘wise and simple man’ is a product of the poet’s imagination (‘A man who is but a dream’), but in Heaney’s we can almost smell the brine as we are told ‘He was blown to bits / Out drinking in a curfew.’ Yeats saw the fisherman as the antidote to the fool-driven Irish ‘race’, Heaney a victim of ‘our tribe’s complicity’. Heaney’s elegy is for a man whose blissful indifference to the cry of violence seemingly could no longer exist in a partitioned Ireland.

As much as his poems are known for documenting, as his Nobel Prize citation puts it, ‘everyday miracles’, it was also important for Heaney to document the conflict of human life with the long view of a poet. In ‘The Redress of Poetry’ he looked to Yeats in arguing that poetry ‘has to be a working model of inclusive consciousness. It should not simplify’. This sense of inclusiveness means that, despite the attempt to uncover sectarian politics in his verse, his work always aspired to the simple truth of life’s complexity. Praising Robert Lowell in ‘Lowell’s Command’, Heaney was partly recognising his own desire to unite ‘the aesthetic instinct with the obligation to witness morally and significantly in the realm of public action’. It was no easy accomplishment.

In ‘Politics’, one of Yeats’s final poems, the fancy of regaining his youth and once more taking his beloved in his arms distracts the poet from thoughts of petty politics. In the series of Glanmore sonnets, written after his retreat from Belfast in Northern Ireland to County Wicklow in the Republic of Ireland at the beginning of what would be known as the Troubles, Heaney asserted love as the healing fountain’s start to the political, ideological and religious lines that bisect his island home:

Darkly asperged and censed, we were laid out
Like breathing effigies on a raised ground.
And in that dream I dreamt—how like you this?—
Our first night years ago in that hotel
When you came with your deliberate kiss
To raise us towards the lovely and painful
Covenants of flesh; our separateness;
The respite in our dewy dreaming faces.